'For that he said Masse was hanged and quartered': Father John Stephen 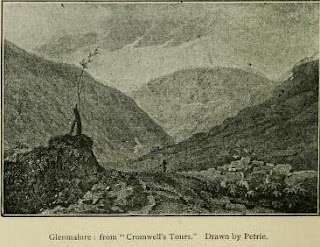 Among the martyred priests of Ireland is a Father John Stephen (Stephens) who was hanged and quartered in 1597 on the orders of the Lord Deputy of Ireland, Thomas, Lord Burgh (Burrowes, Burrough). Irish exiled priest John Copinger in his martyrology published in France in 1620, suggested that Father Stephen was a chaplain to the Lord of Ranelagh, Fiach McHugh O'Byrne:


Iohn Stephen priest, for that he said Masse to Feigh Ma-Hugh was hanged and quartered by the L. Burrowes 1597.

The Theatre of Catolique and Protestant Religion,  p. 582

If this is so then both chaplain and lord suffered in the same year, for Fiach was also killed in 1597 by Burgh's predecessor, Sir William Russell. Both were victims of the ongoing Elizabethan conquest of Ireland. In his entry on Father Stephen, Irish Jesuit Denis Murphy cites another seventeenth-century martyrologist, Anthony Bruodin, who supplies a date for the execution:

This priest was a native of Leinster. He was accused by the heretics of celebrating Mass. He was hanged and quartered by order of the cruel tyrant Marshal Burrowes, and so deserved to obtain a martyr's crown September 4th, 1597.

If Bruodin is correct in his dating then Lord Burgh did not survive the martyred priest for long as he died on October 14 1597.

Father Stephen's was among the names submitted to Rome and his cause is number 17 on the Official List of the Irish Martyrs issued in 1918. No further progress to date has been made with it. The name of the Irish Lord he offered Mass for, Fiach McHugh O'Byrne, remains alive in popular memory largely due to P.J. McCall's stirring song Follow me up to Carlow commemorating Fiach's victory over the English at Glenmalure in 1580. Now for me it will be linked too to that of his martyred chaplain, Father John Stephen.

Email ThisBlogThis!Share to TwitterShare to FacebookShare to Pinterest
Labels: Irish Martyrs, Martyred Priests, Martyrs in Reign of Elizabeth I